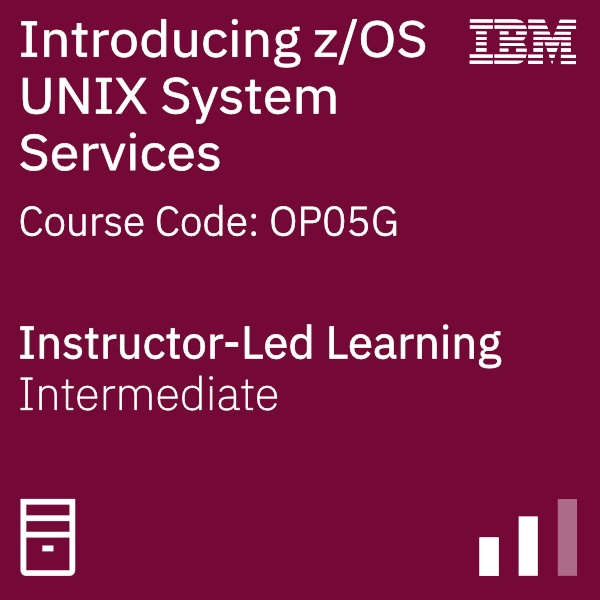 This course describes how open standards are implemented in a z/OS system by z/OS UNIX. UNIX System Services are introduced, and the role of z/OS as a server in the open systems environment is discussed. This is an introductory level course. It provides an overview of z/OS UNIX System Services (usually abbreviated to z/OS UNIX) as seen by the user. Details of installation and implementation for system programmers are not covered in this course.

This intermediate course is for all computer professionals who will use z/OS UNIX.

You should have a basic knowledge of z/OS equivalent to the course An Introduction to the z/OS Environment (ES05G).